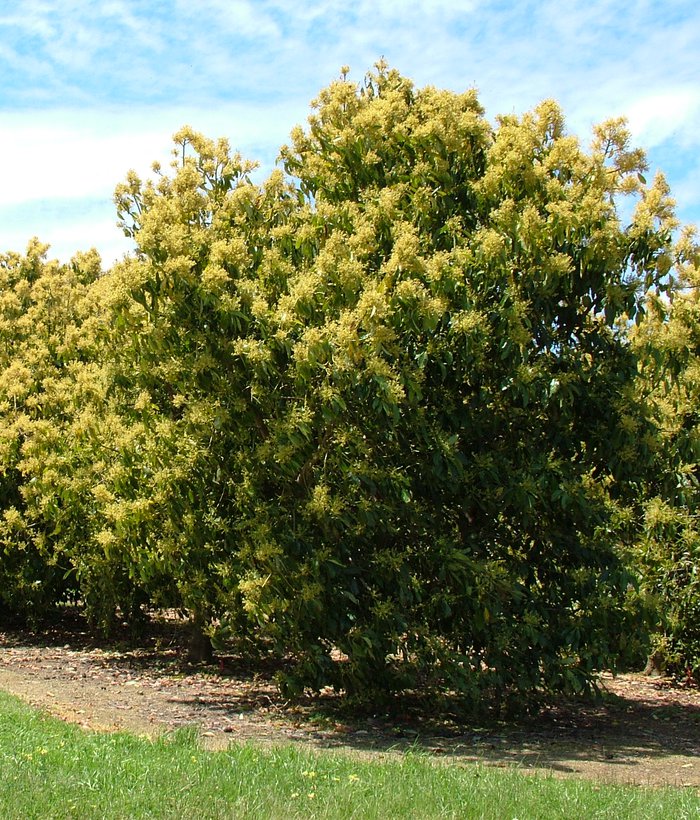 For the first time, an Australian cryogenics scientist has shown that avocado shoot tips can be successfully frozen and revived — and that's great news for future generations of the fruit.

University of Queensland PhD student Chris O'Brien has achieved what no-one else has been able to — freezing the tips of avocado shoots in liquid nitrogen, then successfully reviving them to preserve valuable genetic lines for the next generations.

In specialised gene banks around the world, germplasm — living genetic resources including seeds and plant tissue — has been frozen and stored in large, liquid-nitrogen-cooled cryogenic vats.

These libraries of suspended life are a way to save biological diversity and preserve plants prized for their rarity, yield, taste, nutritional qualities and their resistance to drought, diseases and pests.

While scientists have been able to freeze and revive dozens of genetic lines of other agricultural plant species including strawberries, apples and potatoes - avocados have proved to be especially stubborn.

Before an excited Mr O'Brien discovered green shoots under his microscope, scientists' attempts to place 'true to type' avocado tissue — which creates clones of the parent plant — kept turning to brown mush.

"It was a massive achievement — no-one's been able to cryopreserve avocado from shoot tips," Mr O'Brien said.

Priming the tips with vitamin C and using pre-treatments, including applying sucrose to them, and exposing them to cold temperatures, helped him to succeed where others had failed.

"It's a big breakthrough because ... if a farmer thinks his tree's got good salinity tolerance, or he likes its yield and he's worried about losing that tree, you can go get cuttings off that and we can cryopreserve those cuttings in liquid nitrogen, which is storage at −196 °C and they can stay indefinitely.

Mr O'Brien said the aim was to develop a "core collection of avocado genetics".

Professor Neena Mitter, from the University of Queensland's Centre for Horticultural Science, said the advancement was needed because of the "recalcitrant" nature of avocado seeds.

"You cannot store seeds of avocado, they'll just rot, there's no way you can store them. At present all the germplasm of avocados across the globe is maintained as trees in the field," Dr Mitter said.

"But when you think about it, if a bushfire happens, if a disease comes in, if a cyclone happens, anything can destroy your field repository."

Many of those genetically valuable trees are located in threatened areas in developing countries where up to 40 per cent of the forest cover has been lost.

'We've got supervisors over in the Huntington Botanical Gardens [in San Marino, California] who have been great supporters of my PhD, and the California industry's quite interested as well," Mr O'Brien said.

"In Florida there's a Laurel wilt which is attacking avocados and they're quite worried about that because with all their germplasm stored in the field they're losing trees and there's no way of saving them.

"If we can use the cryopreservation to conserve these trees, they can be revived from liquid nitrogen and planted back out in the field to use in breeding programs to develop new cultivars."

Avocados Australia CEO John Tyas praised the work being done at the University of Queensland's laboratories.

"The benefit of being able to cryopreserve avocado trees is you can store a whole lot of germplasm for future generations without taking up lots of space maintaining large trees in orchards," he said.

Up to 500 plants have been propagated from one shoot tip and 80 are now growing in the university's glass house.

Mr O'Brien has built on the work of University of Queensland PhD graduate Dr Jayeni Hiti Bandaralage who developed a way to propagate multiple plants from tissue culture.

The scientists will team up with a nursery to run field trials, monitoring the trees for flowering times and fruit quality.

Apart from his contribution to the culinary world, Mr O'Brien's breakthrough also could be a game-changer for the transportation of genetic materials between countries.

"It could be possible that this is the future of transporting avocado material," Dr Mitter said.

She said that, at present, "you cannot import plants or rooted plants or plants and soil".

"So, if you want to work on germplasm from a different country — which has good characteristics, which is disease resistant, or very yielding, or has a particular taste or flavour that you would like — it's a very long-term, time-consuming process. This method not only converts the germplasm but it is disease free," she said.

COVID-19 has slowed Mr O'Brien's research but he plans to finish his PhD this year.

He has already had articles published in Plant Cell, Tissue and Organ Culture and Scientia Horticulturae.