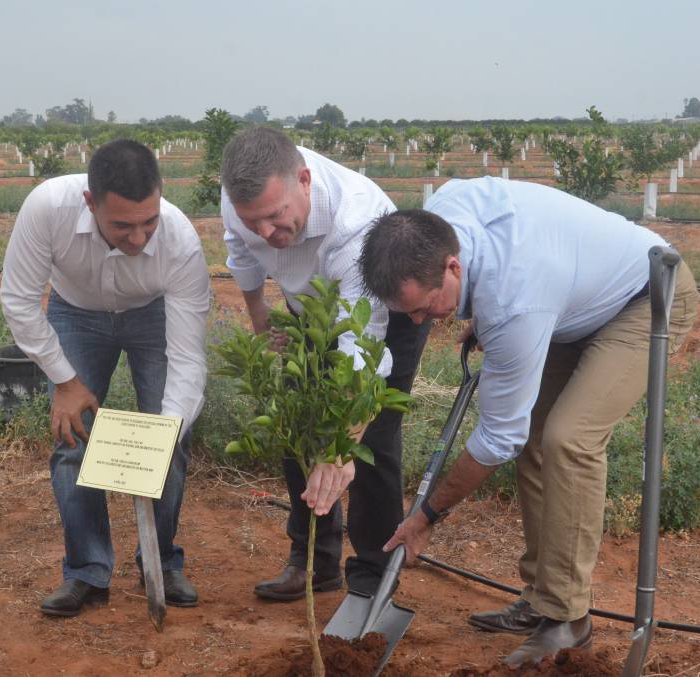 Griffith and the Riverina's reputation as a citrus capital received a solid boost, with the launch of the new Citrus Centre of Excellence research centre.

The $300,000 new facility will host and demonstrate a range of new research for the citrus industry, hopefully preparing to take both the local and wider industry far into the future.

The centre was initially announced by the NSW government in 2019, as part of an effort to improve production and profit for growers.

Deputy Premier and Minister for Regional NSW Paul Toole came out to officially open the facility, which will yield long-term results.

"This is going to be an important hub, creating a state-of-the-art facility here about the citrus industry as we go forward."

"This is no doubt going to be a game changer for the citrus industry. It's $300,000 well spent, and I look forward to seeing what comes out of this site over the years."

Vito Mancini, chairman of the Griffith and District Citrus Growers Association, explained that the work in research had already been yielding promising results in creating sweeter fruit without impacting the size.

Other research will involve creating trees and fruit that are less prone to disease or weather conditions, which promises to be important as forecasts for the climate grow increasingly dire.

Minister for Agriculture Dugald Saunders also came out to inaugurate the plot, celebrating the partnership between the state government and the Griffith and District Citrus Growers Association to plan and develop the centre.

"Not only will this centre nurture and help protect the already-thriving industry, but it will encourage further growth through new research and exciting, state-of-the-art technology," Mr Saunders said.