Avocado will be the best-selling tropical fruit by 2030 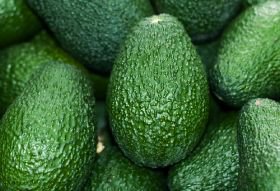 According to the Agricultural Outlook 2021-2030 report from the OECD and the FAO, avocado will become the most commercialised tropical fruit by 2030, the year in which production is projected to reach 12 Mt, up to 3.9 Mt of which will be exported, exceeding both pineapples and mangoes in volume.

Given the high average unit prices of avocado, the total value of world avocado exports would reach an estimated 8.3 billion dollars, thus positioning the avocado as one of the most valuable fruits on the market.

Broad world demand and lucrative export unit prices continue to be the main drivers of this growth, stimulating substantial investments in the expansion of the production area in major producing and emerging countries.

Avocado production has so far been concentrated in a small number of regions and countries. The top 10 producing countries currently account for almost 80% of global production and, although new growing areas are emerging rapidly, Latin America and the Caribbean are expected to account for nearly 74% of avocado production in 2030 because the region has favorable conditions to grow this fruit.

Production in Mexico, the world's largest producer and exporter, is expected to grow by 5.2% annually over the next ten years due to continued growth in demand in the United States, Mexico's main export market. So, despite growing competition from emerging exporters, Mexico is expected to continue increasing its world export share to 63% of the total in 2030, according to the report.

The United States and the European Union, where consumer interest in avocados is driven by their healthy benefits, will continue to be the top importers for the next decade, accounting for 40% and 31% of world imports in 2030, respectively. However, imports are also increasing rapidly in many other countries, such as China and some Middle Eastern countries, and, as measured by the Herfindahl-Hirschman index of all importers, the concentration of imports is gradually decreasing, the document states.