Is that avocado brown already? Genetic research could help 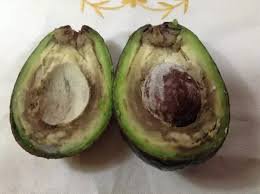 Some researchers are trying to change this by taking a closer look at the fruit’s genes. Doing an analysis of an avocado’s transcriptome, which represents the small portion of genetic code that’s transcribed to RNA molecules, could help researchers manipulate the firmness of the fruit and the rate at which they ripen.

Michael Gribskov, a professor of biological sciences at Purdue University, recently received a Fulbright Scholar Award to conduct research at the Universidad Nacional de Colombia in Bogotá. Gribskov will study the genes of several economically important Colombian crops, including avocados, cacao and rice, to improve the varieties, ramp up production and potentially increase opportunities for exporting them.

“With genomics and transcriptomics, we’re looking at how an organism’s genes are being turned on and off in response to different things. In avocados, we want to know how the genes are being turned on and off during the ripening of the fruit,” Gribskov said. “The hope is that this research can be used to develop new varieties of fruit that might have different commercial applications.”

Roughly 80 percent of the avocados U.S. residents consume are imported, with the rest coming mostly from California. Avocados are the second largest fruit export from Mexico to the U.S., after only tomatoes. But while the U.S. and Mexico are sorting out their trade disagreements, other countries are eyeing the opportunity.

For many years, Colombian avocados were distributed only within Latin America because they didn’t have the necessary trade agreements to sell them elsewhere. Colombia received permission to export avocados to the U.S. in January, and now that many of the regulatory hurdles have been cleared, farmers are trying to adapt their product for foreign markets.

Avocados sold in the U.S. are often of the Hass variety, which is why they look pretty much the same every time you pick one up at the grocery store. But closer to where the fruit originated, in southern Mexico, they can actually vary quite a bit.

This diversity is one reason Colombian avocados aren’t sold outside South America, Gribskov said. Colombian avocados can be as large as a butternut squash and have skin that’s anywhere from purple to green. People tend to like consistency in their foods, so there’s been some concern about how the different varieties would fare in American stores.

The oils of the avocado provide another avenue for enhancement. Avocados are unique because they produce oils, unlike other fruit, which produce sugars. Oils contribute to the taste of the avocado, but they can also be used in commercial goods, such as cosmetics and cooking products.

“Because the varieties in Colombia are so diverse, they probably have a lot of different oils,” Gribskov said. “That affects their taste, but it also affects what kind of different commercial products they could be used in.”

Genomics can also be used to understand the effects of the environment on plant health and human toxicity. Colombian soils are very fertile, but they’re high in metals such as cadmium and aluminum.

Cadmium is toxic to humans. In plants, it tends to go where calcium would go but doesn’t work as well. To prevent plants from taking it up, one could manipulate the system in the roots of the plant.

“You could also manipulate the bacteria living in the soil to immobilize the cadmium,” Gribskov said. “That’s how you make metals non-toxic. If you take away their charge, they can’t move.”

He’ll be looking at cadmium uptake by cacao, which was once an important export crop for Colombia, in the Yacopi region of the country.

Gribskov will make the trek to Colombia in early 2020. In addition to conducting research, he will teach a graduate course on transcriptome and metagenome analysis.

This project will build on the existing framework of the Purdue Colombia Partnership, which aims to use Purdue’s land-grant excellence in learning, discovery, engagement and innovation to build collaborative relationships that strengthen and advance Colombian partners and Purdue and its stakeholders.