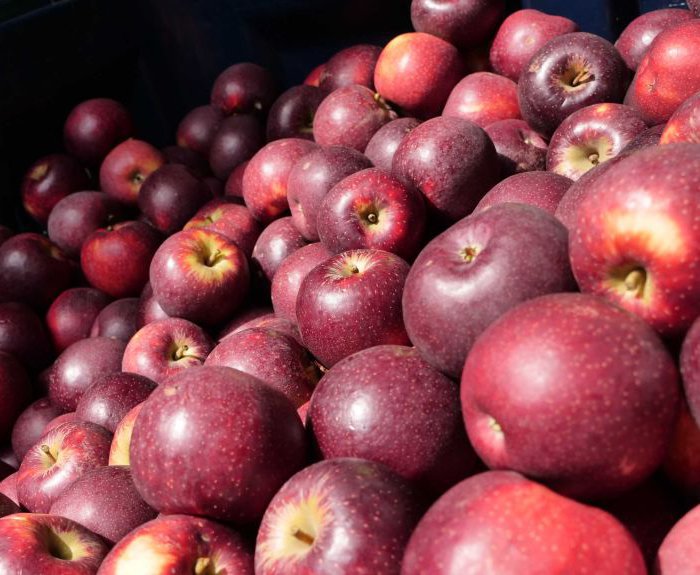 It is a favoured fruit recognised for its dark burgundy skin and sweet, tasty flesh, but some WA apple growers say stringent cosmetic colour requirements are strangling the success of the Bravo apple.

But for producer and pack house owner Vic Grozotis, who is based Manjimup, about three hours south of Perth, it's become too difficult to make money from the crop, despite the product fetching a significant premium on supermarket shelves.

Mr Grozotis said he was at a crossroads and was deciding whether to regraft his trees into other varieties that were free to grow.

"I don't really want to move out of Bravo, but what we're finding is that the profit margin no longer there because of the way it's being marketed," he said.

"I grew this variety because from an agronomic view it was grown in Manjimup and I had the confidence that it would perform.

"But the department's cosmetic requirement is so high now that it's causing us growers not to achieve the pack out that they require."

For the fruit to be sold under the Bravo label the fruit must meet a range of specifications including a distinct deep red colour on the skin.

But Mr Grozotis said current colour requirements were too high, and that meant a large percentage of fruit could not be sold as Bravo apples.

"Pack-outs are now significantly lower because of the colour requirement," he said. "There are some growers who are achieving high pack out but on average its about 60 per cent.

"The other 40 per cent is where the problem occurs. A lot of the fruit that has been downgraded is purely cosmetic."

"This year I'm making significantly more money out of hail-damaged Pink Lady fruit purely because I'm allowed to market them myself," he said.

Horticultural consultant Marcel Veens advises hundreds of pome fruit growers across Australia and consults for the Bravo variety. He said the variety had significant potential despite some small to medium growers having challenges getting a good financial return.

"For the grower, to be economical and to be profitable you need a pack out of about 75 per cent these days," he said.

He said the cosmetic issues could be resolved if high standards were maintained but lower colour specs for export markets were considered.

'The marketers are very happy'

"We have been working now for a couple of years to get the pack out standards a little bit lower," he said.

"But you also need to look at the two sides — on the other hand I've got marketers who think this is the best apple ever to sell.

"The growers are not too happy but the marketers are very happy, so I think we have to find a middle ground."

Bravo Intellectual Property rights belong to the WA Government, which has the ultimate say over standards and specifications, as well as royalty rates.Fruit West is the body responsible for the marketing and commercialisation of the brand, and answers to the WA Government.

The body is continuing negotiations with government in a bid to revise the standards and resolve the issues for all parties involved.

He said it was important to protect the integrity of the variety but urged the Department of Primary Industries and Regional Development (DPIRD) to work closer with industry to fix the challenges.

"Given growers have to put a fair bit of money towards what is essentially a controlled variety, the economics are just not working and there's a risk they'll choose to pull those varieties out and that would be a tragedy for WA," he said.

"The last thing we want to see is growers choosing not to grow Bravo because a lot of effort has gone into this over many years.

"The level of discussion with the growers needs to be enhanced, particularly the smaller producers, to ensure they do get a cut of the opportunity that occurs in this space."

In a statement, a spokesperson for DPIRD said the premium quality was developed to ensure the best eating experience for the consumer and to establish brand recognition in the highly competitive apple market.

"ANABP 01 is a new commercial variety, with many young trees of varying maturity," the spokesperson said.

"DPIRD believes this variety can be highly rewarding for growers as trees establish and best practices developed by Fruit West are understood and implemented."

The spokesperson said DPIRD was working collaboratively with Fruit West on research what characteristics are most important to consumers, which would inform next season's specs.