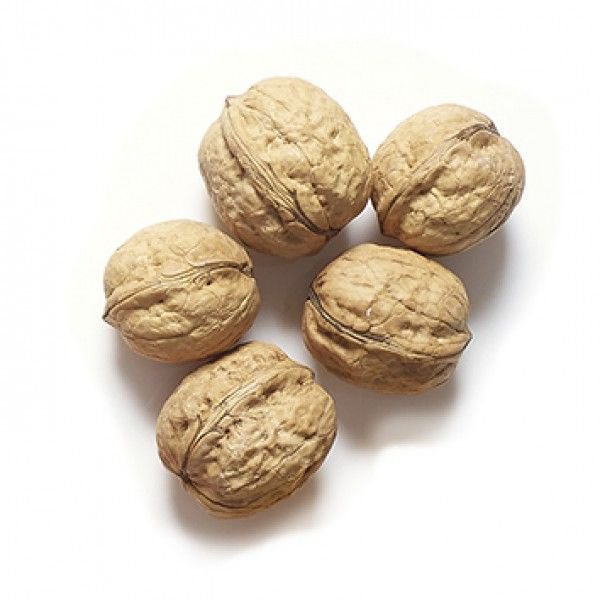 Australian walnut growers are expecting a potential record harvest in the year ahead as drought conditions ease and overseas demand grows.

Walnut production is expected to be worth $95 million within five years, and it was hoped more growers could be enticed into the industry as a result.

President of the Australian Walnut Industry Association Sally Smith said more than 10,000 tonnes of walnuts had been produced each year in the past three years.

"While numbers fell recently due to the drought, we are expecting as much as 13,000 tonnes to be produced in the next year, surpassing the previous record set in 2017."

Half of the walnuts grown in Australia are exported to the northern hemisphere, in particular to Europe, Turkey, and more recently to India.

"Australian walnuts are seen as some of the best quality walnuts due to the growing conditions and the world-class processing systems we use," Dr Smith said. While demand for walnuts continued to grow, with the export market now valued at an estimated $22 million, there were only 55 commercial growers in Australia.

Webster Limited, in the NSW Riverina, produced an estimated 90 per cent of the country's walnuts, with the rest of the growers made up mainly of smaller growers.

"While they can be a challenging nut to grow due to climate conditions and the risk of birds, we are seeing more people expressing an interest in joining the industry," Dr Smith said.

"Some farmers move away from crops like cotton and rice and plant nut trees because they can see the yield potential."

From surgery to walnuts

For Sally Smith and her husband, Ross, the transition into growing walnuts was an unusual one.

As a pancreatic surgeon in Sydney, Ross had researched the benefits omega-3 fats had on patients, and learnt about the health benefits of eating walnuts.

It led the couple to buy a walnut property near Oberon, NSW, in 2009.

"The property had 1,100 trees and all of the equipment and irrigation needed, but it's been a learning curve ever since," Sally Smith said.

"As well as the right climate of winter chill and fertile soil to successfully grow walnuts, you also need a lot of patience!"

The Smiths grow several varieties of walnuts including Chandler and the old-style French variety, Franquettes.

"When the trees reach about seven years of age, you can start getting a decent crop off them," Dr Smith said.

"The nuts grow in a green husk which provides the nutrients, and after several months the husk eventually splits and the nut will fall to the ground.

"Sometimes the trees need a bit of a beating with a stick to get the nuts to fall out, they need encouragement."