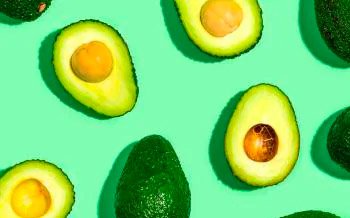 Single-use plastic is one of the biggest causes of pollution to our planet, from its impact in our oceans to the soil. While people wise up to the long term harm that plastic has on our earth and begin to ban items like plastic bags and straws, more solutions are still needed for the overwhelming amount of non-recyclable plastics we use.

BioFase is a company that has developed one such solution. The Mexican company has come up with a way to use avocado seeds to create bio-degradable cutlery that replaces the singe-use plastic knives and forks you’d normally pick up with a takeaway or meal on the go.

Responsible for approximately half of the entire world’s avocado supply, Mexico has no shortage of avocados, and BioFase works with factories that create foods such a guacamole to recycle the avocado seeds from the end of the production process and ensure they don’t go to waste.

The best bit is that the knives, forks and spoons can all be used more than once if cleaned and stored in a fresh, dry place. However, after a year they will begin to biodegrade – a process that takes around 240 days.

"The carbon footprint is much less than other plastics and bioplastics, including paper," Biofase's website reads. "This is largely due to a phenomenon called bonus of biogenic carbon, which explains that the Avocado tree, when growing, absorbs CO2 of the atmosphere to form its tissues. This phenomenon does not occur in the production of any plastic derived of the oil."

BioFase was founded back in 2013 by former chemical engineer Scott Munguia and now produces 130 tonnes of bioplastics which are mainly distributed throughout Central and South America.