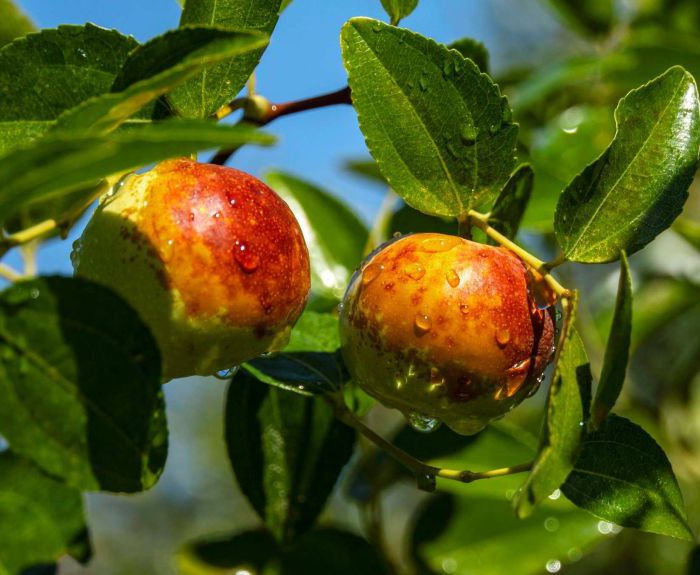 It pops in your mouth, is crisp like an apple and is believed by some to make a marriage last.

It is the jujube, or red date — a fruit that is not well known in Australia, but is popular in Asian markets.

He has had a bumper season but the COVID-19 restrictions have slowed down sales and squashed market prices.

"It was a bit tough this year," he said.

"We had more fruit than we usually have as we're expanding, so it was a good year in terms of the amount of fruit we grew.

"Exports were really shut, so we lost a bit of our market that used to go out to Sydney for export. "We also lost a lot of customers such as Asian grocers. They were the first to close in Melbourne and Sydney."

Despite the lockdown, Mr McCarthy said it was fortunate the growing season was so good.

"Straightaway our customer base shrunk and that did have an impact on pricing this year," he said.

"The prices certainly fell a bit lower than what they normally would. But fortunately, we had big volumes, so in a way that compensated to some extent.

"It looks like we could be up to about 50 per cent on last year, which is good. Last year was our largest year to that point.

"It grows well in Mildura — the hot, dry climate that we have is well suited for the fruit."

"We sell dried jujubes … and we now have jujube trees for sale," he said.

"Anything that might have a blemish on it or a scratch that we don't really want to sell fresh, we certainly dry those.

"They're delicious as well. Very chewy and bit like a date palm in their texture."

Despite the exotic fruit being available in the country for decades, it is still not well known domestically.

"It's Chinese customers, Asian customers, who certainly know what they are and they're our biggest customers."

For Melbourne local Ronda Chua, her love began back in her home country of Singapore.

"We use them a lot in cooking, in soups and in stews," she said.

"It basically adds a dimension to the food — it makes it sweeter, so you don't have to add sugar."

"It has this spongey texture, like a mild apple … and when you bite into it there's a crunch. It's quite interesting," she said.

"We even have it for weddings.

"We make a tea out of jujubes and dried longan, which are served to the couple as a blessing of longevity and sweetness in the marriage."