New date varieties to be trialled 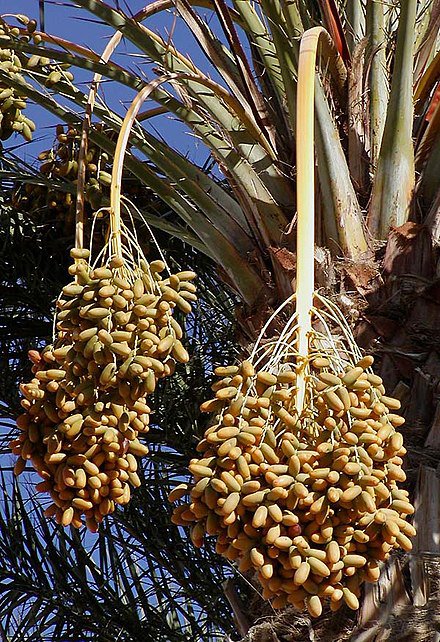 A South Australian date grower is reviving a special date palm variety on home soil after striking a deal with the United States Department of Agriculture (USDA), bringing back a century-long campaign to expand the local deglet nour date industry.

He labelled the Algerian-grown variety, deglet nour, as a 'star-performing' date, which stands up to the test of time and storage abilities.

"Flavour is the utmost. It's a harder, dry date that you can put in your saddle bag and roam across the desert with," Mr Reilly said.

In 1912, then SA Premier Archibald Peake recognised the fruit's potential and attempted to negotiate the purchase of 1000 offshoots while in England.

But the large demand for the plant and looming Great War meant his bid was unsuccessful.

"In those same years, the Americans were in Algeria buying up almost every last deglet nour offshoot they could," Mr Reilly said.

Today, about half of America's date industry is made up of deglet nours, while the only remaining palms in Australia are too old to multiply via offshoot.

"[The date industry is] under represented in Australia," Mr Reilly said.

"It's a major food commodity internationally, something like 8 million metric tons of fruit grown every year.

"In Australia, we're such a small percentage of the [global] contribution, I don't think we even get mentioned in the international statistics."

But the Riverland date farmer has big hopes for the growth of the industry, as varieties like the deglet nour are trialled in Australian conditions, with the aim of taking advantage of the nation's counter-seasonality to the rest of the world.

"As Australia's population keeps growing, we keep increasing date demand and we have a long way to go yet before we satisfy demand."

When the opportunity arose for Mr Reilly to enter a date cultivar exchange program with the USDA alongside a UK partner, he jumped at the opportunity.

Through the exchange, he has secured 10 new varieties from the USDA collection, taking Australia's total collection up to about 50 imported cultivars.

"Really it's about selecting a commercial crop based on having as many horses in the race as possible.

"Now we've got to learn to grow them. Every date palm variety has its own peculiarities and some of them take quite a bit to learn how to grow."

The deglet nour plants are expected to go into the ground in 2022 and Mr Reilly is working with an outback SA grower to return the high-performing variety to its interior Australian roots.

"We'll start there and plant some in the Riverland and see where the best place in the country to grow them [is]," he said.

"We look at ourselves as an inter-generational business.

"What we start, we may not always be able to complete … but it's a very exciting future [for the industry]."