Keeping watch on 10,000km of coastline 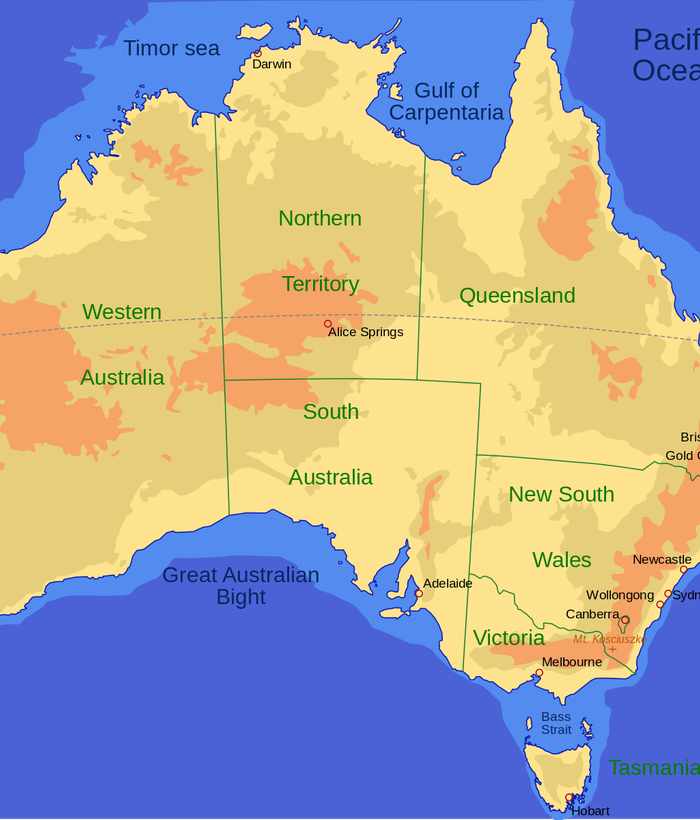 NAQS – an operational group within the Biosecurity Plant Division of the federal Department of Agriculture, Water and the Environment (DAWE) – provides early detection for plant and animal pests and diseases.

NAQS Senior Entomologist Dr David Britton and colleagues conduct surveillance for exotic agricultural insect pests in the north to provide early warning for Australian agriculture and assist in responding to these pests by agreement with relevant state and territory authorities.

“Because of our relative isolation Australia is largely free from a lot of significant pests and diseases, but when you get up to the north, we aren’t all that isolated,” Dr Britton said.

“We are really close to PNG [Papua New Guinea], and the islands in Torres Strait could potentially act as steppingstones for exotic pests and diseases to get across to the mainland.”

Plant diseases and pests can enter northern Australia through pathways like human movement, transportation of goods and via natural pathways such as wind, tidal movements and animal migration.

“In the north, one of the risks of greatest concern is wind-assisted dispersal,” Dr Britton said.

“When we get into the northern wet season we experience northwesterly ‘monsoonals’ that blow across PNG and Indonesian West Papua, potentially carrying pests and diseases that we don’t have in Australia, into Torres Strait and Cape York.

“That’s probably the most significant pathway in Northern Queensland, although similar pathways are known in the NT and WA.”

These seasonal weather events usually start around December and carry through until May.

Dr Britton said that’s when they start to see detections of pests and diseases in Torres Strait.

“This is a definite event that happens every season, but the extent of the risk is quite unpredictable because we don’t always know what’s happening in PNG and
western Papua.

“They don’t actively use a lot of pest control in those areas, so it’s unpredictable as to how many and what sort of pests we will see blown into Torres Strait each year.”

Indigenous rangers also support NAQS on the mainland by undertaking biosecurity monitoring work for exotic pests and diseases on a fee for service basis.

“We engage rangers to do host plant surveys on Country, which provides us with data on what and where host plants are present. This includes hosts of agricultural and biosecurity
significance such as citrus.

“A key part of our partnership with rangers is capability building. This includes delivering ‘Biosecurity Fundamentals Training’ so that skills are kept current, and information
can be shared about emerging biosecurity threats.

“In this last year we’ve provided direct training to conduct biosecurity surveillance of key crops, including pests and diseases on citrus.”

Suspect exotic plant pests and diseases should be reported through the biosecurity hotline (Exotic Plant Pest Hotline: 1800 084 881) which will, in turn, notify the Chief Plant Health
Officer (CPHO) of the territory or state where the pest has been detected.

The CPHO will notify what the next steps are and what needs to be done.

Backyard or garden surveillance is an essential part of northern biosecurity, especially for the early detection of pests of diseases that might have entered the Torres Strait and other
areas of northern Australia.

“The main reason we work in backyards is that commercial crops already have pest management in place, so it often masks the presence or absence of exotic pests and diseases.”

“We’re most likely to detect them in people’s gardens, because they’re usually not being sprayed and there’s no active controls in place,” Dr Britton said.

Dr Britton said another important role of NAQS surveillance in gardens and communities is to make people aware of biosecurity risks.

“We need to have this awareness and access, otherwise we risk not knowing things are present in Australia until it’s too late.”

Dr Britton said there are several emerging citrus diseases and pests near Australia that are not included on the industry biosecurity plan, but may be of interest to growers in northern Australia.

He said parts of industry may not always be interested in some pests and diseases because it doesn’t affect them directly but it’s still worth knowing.

“There’s a lime gall wasp that’s present and native to PNG, and while it only affects limes, it causes significant damage there and could be a problem for Australian lime producers in the north.

“We’ve got a couple of moth species that bore into the rind of citrus that are included on our list of biosecurity targets.

While they are significant pests overseas, there’s not much published information available on diagnostics and distribution which makes it a challenge to conduct successful surveillance.

ACP is a vector of HLB, considered to be the worst citrus disease in the world, as it is incurable and almost impossible to eradicate once established in a region.

In 2002 it was detected in north western PNG near the border with Indonesian West Papua, but since then has not moved any further towards Australia, but it is important to keep monitoring and to be prepared as if it was to arrive in Australia.

“There’s a place called Merauke in south eastern West Papua. It’s a major regional centre so there’s a lot of trade and commerce going on there and it’s susceptible to both ACP and the disease.

It’s just across the border from PNG and only 120 km or so away from Torres Strait.”

Dr Britton is hoping to continue the trapping trial to help increase the sensitivity of NAQS surveillance for this key pest.

“When we see curry leaf or Murraya plants, we will be sweeping them with nets for ACP, but having the sticky traps just increases the likelihood that we will detect this pest early and we will be able to do something about it,” Dr Britton said.

NAQS plays an important role in protecting the industry from pests and diseases and, without this surveillance, growers would potentially have many more things on their plate to worry about.

Without the surveillance of Torres Strait gardens and biosecurity measures in place there, many pests and diseases wouldn’t be discovered until they reach production areas, when they often become very expensive or technically impossible to eradicate.

Dr Britton said his team relies heavily on public reporting, on rangers, and producers to report anything unusual to NAQS, Citrus Australia or to the relevant State or Territory authority.

“This also highlights the importance of our national emergency response arrangements, which Citrus Australia is a participant.”