How the Asian citrus psyllid feeds 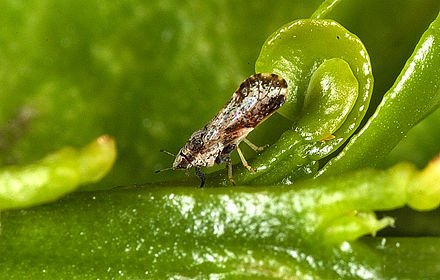 Scientists from the University of Granada have made the first anatomical atlas of a tiny 3mm insect called Diaphorina citri, the Asian citrus psyllid (ACP), responsible for the greatest economic losses in citrus crops around the world.

Diaphorina citri is a very harmful pest for citrus crops because it transmits the Candidatus liberibacter spp. bacteria that causes Huanglongbing disease (HLB), which is considered the most serious bacterial disease for citrus fruits. This infection causes yield losses, the fruits to become small, bitter, and bad-tasting, and finally the death of the tree. This translates into millions of dollars in losses a year.

To date, this species has not been detected in the Iberian Peninsula. However, another species (Tryozaeritreae) that is capable of transmitting the bacteria that causes HLB is spreading in the region. The damage it could cause to the economy of Spanish regions with large citrus production is unimaginable and authorities need to be alert to prevent this insect or diseased plants to enter the country when importing citrus from countries that are affected by this disease and this vector species.

A research group from the Kansas State University (USA) led by Professor Susan J. Brown carried out a multidisciplinary macro-project to study the insect and the bacteria it transmits, its effects, and means of transmission (www.citrusgreening.org ).

The American researchers contacted Javier Alba Tercedor - a professor of the Department of Zoology of the UGR with an extensive career in the microtomographic study of insects and who has received different international awards for his work - to lead the study of the functional anatomy of the insect using microtomographic techniques.

This study is included within the doctoral thesis of Ignacio Alba Alejandre (directed by Professor Alba Tercedor). A recent article published in the prestigious journal Scientific Reports of Nature culminates the series of articles that present the insect's external and internal structures in great detail.