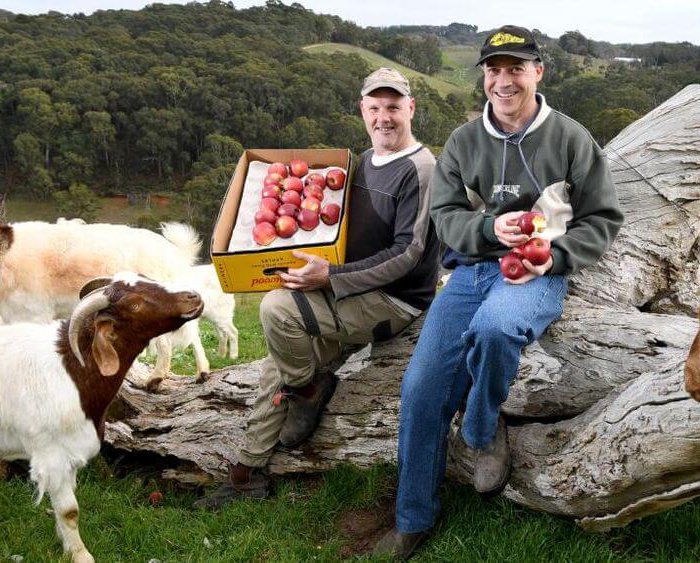 South Australia’s Green family has sold one of its Adelaide orchards for $1.2 million, after 50 years of apple growing at the site.

The 43.3ha property, which formed part of their broader holdings in the region, was on the market for a total of 18 months, and with no domestic buyer present, was sold to Singaporean businessman Vinod Martin.

Management of the property, known as Greenglen, will remain with brothers Brenton, Darcy and Ashley Green over the next 12 months, and the family will continue operations over their other orchards in the Adelaide Hills.

Aside from the buyer, a professional cyclist and a lawyer from Hong Kong were also interested in the property.

Brenton Green believes the sale is good news for the area, as it will bring money into agriculture. He says the money from the sale will help his family clear debts, invest in new varieties and take advantage of the Government’s solar panel rebate incentive.

“We’ve copped a bit of flak on social media but we think it’ll be a good story for the area,” Brenton said.

“It’s obviously tough to let it go but the buyer is really keen to invest in growing, and is looking at bringing his family out here too.

“We needed to clear a few debts, obviously the last few years with the hail haven’t been great, but we also wanted to invest in a few new varieties which are around.

“We’ve got Rockit®, Redlove and Bravo® coming through at the moment – we’re really happy with the payout from Rockit so far, especially considering the hail.”

Despite adverse weather conditions, the fifth generation apple grower was upbeat about current harvesting, and pointed towards mitigating the effects of climate change as a key factor for future profitability.

“We’re pretty happy with harvest at the moment, we’ve been getting great tonnage,” he said.

“We just want to do the best with the land that we’ve got.

“Netting for us is always really important, dealing with fruit bats and lorikeets.

“I think adapting to climate change is going to be really important for the rest of the industry as well, as it is with most industries”.