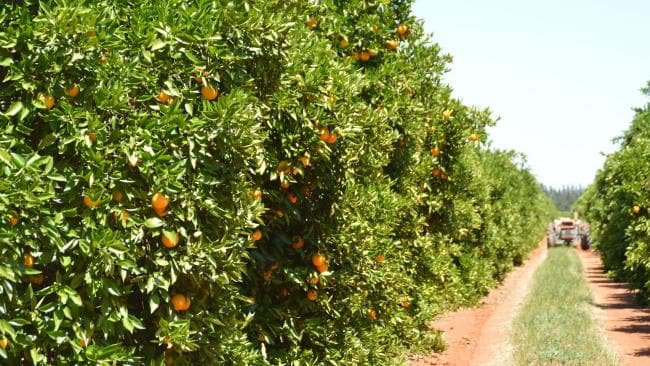 Advantage Agriculture’s range of granulated soil amendment products (Ozcal, Ozgyp and OzcalMag) have only been available in Australia in recent years but have already gained a reputation for delivering soil health results at low application rates.

Add in the ease of use delivered by the robust and consistent granule, there is no doubt these products will be part of farming for years to come, says Advantage Agriculture’s national sales manager Jason Gadsden.

“Having listened to feedback from growers and agronomists, Advantage has decided to launch new products with trace elements compounded into the granule – introducing OzgypZinc in 2020 and OzcalBoron will be released in 2021,” Mr Gadsden said.

“Our products are not new elements, they are still simply lime, gypsum and dolomite mined from the earth. However, the new technology we have introduced is the ability to input ultra-fine particles into a robust 3–5mm granule.

“For decades now, worldwide scientific studies have proven that it is the fine particles in soil amendments that drive results, but this fine powder was just too hard to apply. Now we have provided a solution.”

Advantage Agriculture technical agronomist Brian Foster said conventional bulk soil amendments are made up of a range of particle sizes (0.075mm–5mm), which means the release rate is uneven.

“The coarser particle portion is a lot less reactive and will take longer to work into the soil compared to the finer portion – which is usually only a small amount of the overall product. Unfortunately, it is this finer portion that is also most vulnerable to being blown away by the wind.”

The ultra-fine particles in every granule (average of 20 microns) give a greater surface-area-to-volume ratio compared to coarse bulk products; or in simpler terms there is a much greater volume of active particles in the soil in a weight-for-weight comparison.

“It has also been shown in many research articles that calcium is more effectively taken up though the plant roots rather than through the leaf. Calcium is a very large molecule, and it struggles to penetrate through leaf tissue, even when used in conjunction with a chelator.”

Growers can do multiple applications over the season of any of the products to maintain a steady flow of calcium into the trees, without major peaks and troughs.

Results from Ozcal and Ozgyp trials completed with the assistance of industry agronomists have reinforced the performance of the products at broadcast rates down to 200 kg/ha.

“We introduced OzgypZinc after agronomists in the Lockyer Valley in Queensland had seen sustained success using Ozgyp but were always chasing more zinc. We consulted with agronomists about the level of zinc that would be required and from there the product has developed.”

“OzcalBoron has taken a similar path – the development of this product has been at the request of industry agronomists looking for a simple and effective way to deliver calcium and boron.”

Mr Foster said the rise in precision agriculture and variable rate applications is a space that fits perfectly with granular fertiliser technology, particularly with a consistent sized ultra-fine particle.

“The variability of soil chemistry can change dramatically, so the days of treating the whole area in the same way are gone. It is both a waste of time and money to continue doing it this way.

“Applying the right soil amendment at the correct rates according to soil tests and mapping is the most effective and efficient method. Also, it is not just about the granules being easier to place that makes it very important for precision agriculture, the consistency of the particle size also plays a major part.

“The large range of particle sizes within bulk soil amendments mean the rates of reaction and release will vary significantly in the soil; fine particles react quickly, and the coarser particles react slower, so therefore you can never be sure what sort of response you will achieve. The coarse particles can take many years to release,” Mr Foster said.

Ozcal, OzcalMag and Ozgyp ultra-fine particles all react quickly within a seasonal time frame, delivering a uniform response from the soil and subsequently the crop.

“Getting the most out of your crop depends on a lot of things, not all of them we can control,” Mr Foster said.

“The soil is a farmer’s most valuable asset, so getting soil health right is the first step to success.”