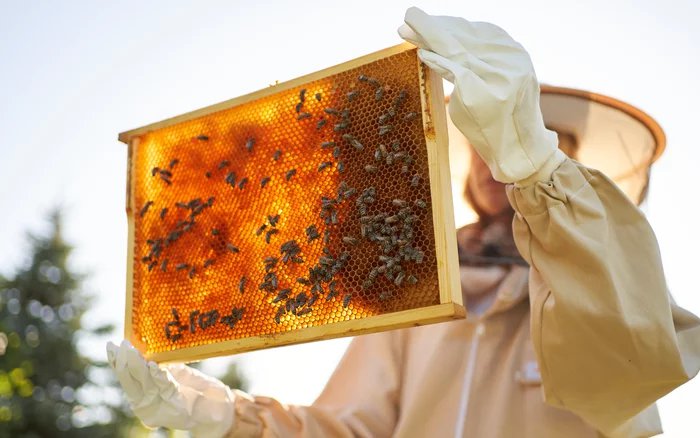 Even if bees only produced honey for all of our favorite treats, or just pollinated coffee trees for our morning coffee, they would still be a highly valued food producer. Their impact on the global food system goes well beyond that though. According to Forbes, researchers estimate that bees help pollinate more than a third of the food grown on the planet. Bee populations have been in sharp decline in recent years however, and one company is hoping that robotics and AI (Artificial Intelligence) innovations can help.

According to Beewise CEO and co-founder Saar Safra, honey bee populations are dropping at an unprecedented rate. "Just 40 years ago, the annual colony loss rate was a mere 3%. Today, it's more than 35%. When this rate surpasses 50%, the world will be unable to sustain the bee population," Mr Safra told Forbes.

According to Forbes, honey bee populations have been in decline due to factors such as intensive agriculture, pesticides, pollution, climate change, diseases and pests, and urbanisation. It's a multi-pronged threat to the global food system that needs a radical response. The Israel based Beewise claims that they have a new invention that will do just that. They hope to make farming honeybees easier than ever, and stop the global decline in its tracks.

In a 12-square-meter box called a Beehome, a system of robots and AI work together to play host to thousands of honeybees. Beehome is the world's first robotic beehive, and allows the hive population to be monitored. The unassuming hive looks like a white garden shed with colorful slots allowing bees to enter and exit, and solar panels on the roof that power the machine. According to Forbes, the box is fire proof, flood proof, and bars entry to harmful pests like Asian wasps.