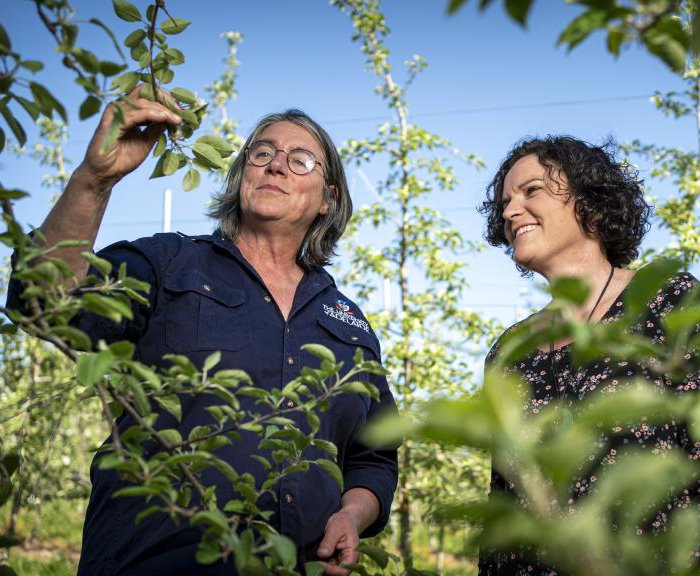 A groundbreaking research project into the recovery of fruit trees following bushfires has been launched in the Adelaide Hills.

South Australia’s Apple and Pear Growers Association has been awarded a $70,000 State government grant to conduct research on the impact of bushfires on SA’s horticulture industry.

Six apple and cherry orchids in Lenswood, Woodside, Lobethal and Cudlee Creek were impacted by the December 20 fires, which destroyed $7.5 million worth of fruit and infrastructure.

“On top of that, it may take a year or two for a tree to grow once planted, and another five till it produces apples.

“So what we need to work out is whether we should give trees the chance to regenerate to whether it’s best to bulldoze and start from scratch.”

Ms Green said research data would be collected over the next two years and shared through the South Australian Research and Development Institute.

“This is why it’s a good opportunity for us to learn more about the impact of bushfires, so that we’re better informed if it happens again in the future.”

“Following the devastating bushfires through the Adelaide Hills, many primary producers are faced with long-term recovery and critical decisions about the future of their business,” he said.

“We want to give those growers as much data as possible about the impact of the fire on their fruit trees.”

“The last major fire we had was Ash Wednesday, so it’s been a while since producers have lost fruit this way,” she said.