The State of Play For Labour Hire 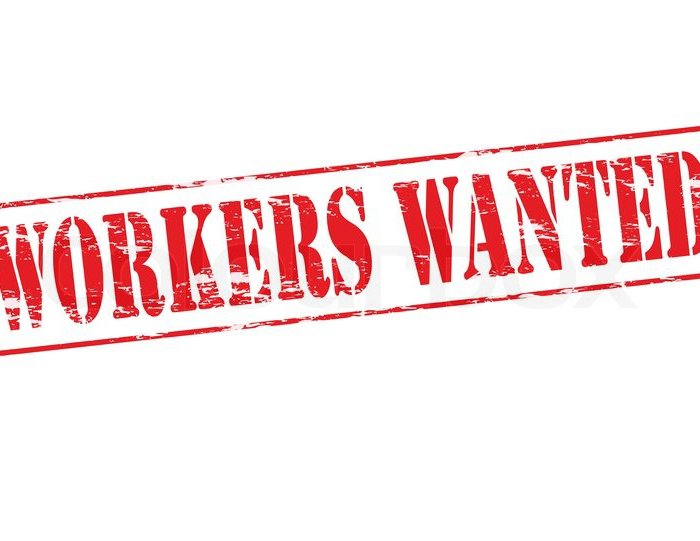 Two more Australian states now have active labour licensing regimes in place with the implementation date passing. However there is still a transition period happening as the systems settle in.

The first day of November was the date when both Victoria and South Australia joined Queensland to have an active labour hire licensing system in place.

Both states have been accepting licence applications for some months. Processing and approval of initial applications has been a mammoth task leading to the implementation date. So now for any businesses supplying labour to farms and other labour users in all three states there is a need to check and confirm that the labour supplier is covered under the arrangements in the state where the labour is used.

But not everything is running smoothly. The Victorian website where licences can be checked crashed initially but appears to have been operating correctly since then. Hopefully that is a good indication that all parties involved are logging on to check the status of licences for the entities that need them.

However some confusing circumstances remain for both Victoria and South Australia at implementation.

In Victoria there is a standalone organisation charged with operating the licensing regime. It is named the Labour Hire Authority and can be found at www.labourhireauthority.vic.gov.au.

Unfortunately the transition to licensing in this state is not as clear cut as it could be. Because there have been several thousand applications to the Labour Hire Authority, there are still many applications made before the cut-off date that have not yet been assessed or completed.

Growers need to familiarise themselves with the Authority’s website. Apart from accurate and up to date information, the business details of labour hire businesses and individuals are listed there. It needs to be noted that there are two lists.

The pending list (applications made) is for those who have applied for a licence but have not yet been finalised. It contains details of the applicant and the date that they applied. The Authority has a statement on their home page that;

“Providers who submitted an application before 30 October 2019 may continue to operate until a decision is made on their application”.

A second statement on the home page advises that;

“Hosts must use licensed labour hire providers or providers who have applied for a licence before 30 October 2019 and have not had their application refused.”

This appears to mean that at this stage so long as the labour hire company or individual providing labour has put their application in before the 30 October deadline, they can be used. However if a grower engages someone on this list, they will have to check the website regularly to ensure the labour hire provider ultimately gains their licence. As there is no list of refused or failed licence applications, in that circumstance presumably the name of that labour provider will simply disappear from the ‘applications made’ list and not appear on the ‘registered’ list.

Once the labour hire provider is listed on the ‘registered provider’ list, a licence number is allocated and the provider is safe to use to source on-hired labour.

Providers who submit a complete application by midnight 31 December 2019, and there is no evidence of non-compliance, may continue to operate until their application is assessed.

The South Australian labour hire licensing regime also kicked off on the first of November. Unlike Victoria, the authority charged with administering the system in this state is an existing entity that also deals with other licensing requirements in South Australia. The name of the department is Consumer and Business Services and their website can be found at www.cbs.sa.gov.au.

Although labour hire licensing is now under way in South Australia, the government have flagged changes that are before the parliament as legislation. They have advised that the purpose of these changes is to narrow the scope of the scheme to concentrate on industries where workers are at greater risk of exploitation. Horticulture is one of the industries specifically mentioned so it can be assumed, whether the amending legislation passes or not, that the new labour hire regime will remain in place for horticulture. Although the website refers to ‘Horticulture processing’, Consumer and Business Affairs have confirmed that all aspects of horticulture, including picking and packing, will continue to be included.

The South Australian website does not appear to provide a list of entities that have been approved for a licence, nor those waiting to be approved.  What the website offers is a search of a particular labour hire provider by name to see if they are licensed, or by their licence number.  This makes it difficult for a grower to search for a licensed labour hire provider; they can only check that a contractor they are considering is licensed from the licence number provided by them.

The South Australian Service advises that at the time of this article on 4/12/19 there were 619 licences approved.

The state government has announced its intention to amend South Australia’s labour hire laws to narrow the scope of the existing scheme.

These proposed amendments are still subject to the parliamentary process and consequently, anyone currently captured under the existing scheme must ensure that they are licensed, or have lodged an application by 1 November 2019.

If you provide labour hire services without being licensed, or engage an unlicensed labour hire provider, penalties may apply. However, the uncertainty surrounding labour hire laws is acknowledged and the CBS compliance and enforcement team will take into consideration any reasonable steps that a business has taken to ensure compliance

Labour Hire Licensing Queensland has a standalone website which lists licence holders as well as those that have been suspended or cancelled. It also provides the details of entities who have applied for a licence which have not yet been granted, but emphasises that until the licence has been granted the entity cannot be used to source labour.

The Sunshine State has led the way on labour hire licensing which was established over a year ago. They are now making a point of ensuring their regime is robust by undertaking and publicising compliance action.

Action against non-compliers includes three successful prosecutions against an unlicensed labour supplier and the farm that used them. Fines were $75,000 to the company supplying the labour, $25,000 to the director of that company, and a further $50,000 for the company that used the unlicensed labour provider on a strawberry farm. You can see the details of that action here.

Although initial concerns of workforce shortages from labour hire providers not qualifying for licensing have not materialised, there are labour hire companies that have disappeared. It appears some simply did not apply because they realised they could not comply with requirements. Others were declined a licence and have either sought other means of income, moved elsewhere, or perhaps have continued to operate ‘underground’ at the risk of all who use them.

Intelligence from NSW near the border with Queensland has indicated that dodgy labour hire contractors are now touting for business in that state as it does not require licensing. It is reasonable to assume that southern NSW will have the same circumstance with operators squeezed out of Victoria.

The media in Australia generally has a sympathetic focus on farmers and the different sectors of agriculture. However each time a story of wage theft, modern slavery or the use of illegal workers rears its ugly head, that positive image slips a little. By putting pressure on the main sources of these issues, dodgy labour hire contractors and their users, the whole industry wins.

Make sure you know what rules are in place in your state. Visit their website, and take the few minutes required to check your source of labour is within the law.