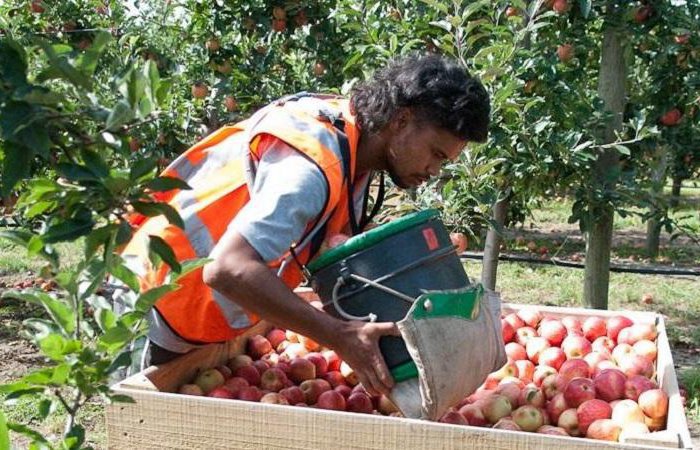 The Federal Government must deliver on its rhetoric of supporting Australian agriculture by implementing its proposed Seasonal Workforce Agriculture Visa this year.

Under the FTA, Working Holiday Makers (backpackers) from the UK do not have to work in regional Australia for 88 days to acquire the second year of their visa, which is expected to mean a large decline in these workers taking on agricultural work.

Minister Littleproud said it would be implemented by the end of the year.

The government has since made a decision to allow all Working Holiday Makers to fulfil their 88 days in the hospitality sector, which has further reduced the potential workforce for agriculture.

“In just a few short weeks, these decisions have had significant and lasting impacts on the available seasonal workforce for our industry, and all without any consultation,” Citrus Australia CEO Nathan Hancock said.

“Growers across sectors this year, who contribute billions of dollars to the national economy and rural and regional Australia, have suffered significant financial losses, and great mental stress, due to the severe labour shortage.

“On behalf of them, we implore the Prime Minister to instruct all government departments to work together on delivering the agriculture visa this calendar year.

“Citrus Australia and I’m sure all other peak industry bodies are available to help in any way possible.”

Citrus Australia sees the agriculture visa as an important component of a reformed and sustainable agricultural workforce.

“Structural change to the horticulture workforce is imperative to the future growth of this burgeoning industry,” Mr Hancock said.

“The agriculture visa would not only provide confidence to our citrus growers to continue to invest in their export programs, but would enable them to focus on returning workers, leading to increased efficiencies in their business.

“We are confident the proposed visa will complement the Seasonal Worker Programme and Pacific Labour Scheme, which would remain vitally important to the citrus industry.

“Wider reform includes the introduction National Labour Licencing Scheme which would see improvements such as uniform licensing laws that stamp out unconscionable conduct by labour hire companies and accommodation providers.

“The current format of some independent state authorities hasn’t slowed down the reports of exploitation. Since establishing the labour hire licencing scheme in Victoria in 2019, it is estimated that the first 4500 applications have created a three-year backlog.

“Government hold significant power in stamping out exploitation and need to show political will and apply appropriate resources to ensure this happens.

“This includes properly resourcing the Fair Work Ombudsman and Australian Border Force to actively pursue mistreatment in the sector.”

Mr Hancock said Citrus Australia is also calling on the addition of pickers, pruners and packers to the Horticulture Industry Labour Agreement (HILA) skill level 5 to allow growers with a continual harvest period to be able to access a productive and efficient workforce for up to four years.

“We will continue to work with the government to see these reforms enacted but our priority right now is the implementation of the workforce agriculture visa.

“We realise the first step may be a pilot but it is a critical first step in a time of reduced labour options and industry upheaval. We offer our help in establishing this pilot to ensure it benefits both growers and ASEAN workers who want to build a career in the agriculture industry.

“When Minister Littleproud announced this visa in June, many industry groups said they would only believe it when they saw it. Unfortunately, if not delivered, this would be the second time a Coalition Government has announced an agriculture visa and not delivered.

“We say to the Prime Minister and Minister Littleproud, do not let the agriculture visa be used as a bargaining chip to achieve a free trade agreement with the UK and then not deliver it to industry.”