Great prices for the start of Australian pomegranate season 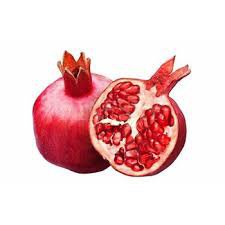 PomPersia Innovator Omid Rad says growers were receiving up to AU$90 a tray for size 16 fruit, adding that where fruit is sold individually, as opposed to per kilo, the smaller the fruit, the better it is for the retailer.

"In some countries, they don't sell size 16 fruit, because it is seen as sub-par," he said. "For example, in the Middle East and parts of Asia, they like big perfectly spherical fruit, which is usually around size 8-12. To get size 16 at $90 is exceptional – perhaps not sustainable over long periods of time, but nevertheless exceptional. More recently it's realising at $40 to $50 a tray in Brisbane and other major wholesale fruit markets."

In Australia, the production area for pomegranates is expanding; the bulk of the supply thus far has come from South Australia and Victoria, however, there are many new ventures being set up as far north as Atherton region of Queensland, and the mid coast of Western Australia.

"Production has been sustained, everyone is picking at the moment and the quality has been quite good due to the warmer-drier conditions that we had leading up to harvest," Mr Rad said. "That's a good result, but we are still struggling with volumes of quality fruit. The fact we have better quality, doesn't mean we have the best quality yet when measured against world standards - but we are getting closer. We, as a pomegranate producing nation, are still at a learning stage. Pomegranates are gaining traction with consumers and growers. There is a lot of activity in the early stages of establishing orchards - which is heartening - it's just a matter of time."

Popularity is also continuing to grow with consumers, not only with the fresh product, but also in value-add products, which Mr Rad says is the direction the industry is exploring more and more.

"We are becoming more aware of the goodness of a pomegranate for our health and dietary wellbeing, and that is reflecting at the cash registers," Mr Rad said. "That is why size 16 is selling, and selling at high prices, because people cannot get enough of it. There is a concerted effort to streamline our value-added processes. One of which is processing of fruit into packs of arils - the red casing that encompasses the white seed. Like berries, there is a lucrative market for the arils and the main reason is convenience. It is easy for a health-conscious office worker, for example, to buy one of these aril packs and sink their teeth into the delicious pre-packed fruit, as opposed to buying a whole pomegranate and risking red stains on their clothes when they try to separate the arils manually."

He adds that one Western Australian company is exploring these products for exports, as they pack more efficiently than the fresh product, and can be air freighted economically, rather than shipped as whole fruit. However, Mr Rad admits that the industry has not had any tangible export opportunities to date, but growers are working towards that goal, and steps are being taken to develop export protocols.

In terms of growth, PomPersia is hoping to use the example of how pomegranate industry grew in Peru, especially in the export market, to show Australia's growers what can be achieved.

"In 2012, Peruvian pomegranate industry started with 6,000 tonnes produced, of which 4,300 was exported," he said. "I previously alluded to expectations of Peruvian exports reaching 50,000 tonnes by 2020, but they just cracked 43,000 tonnes this year. So, I think they will reach the 50,000 tonnes-a-year milestone, ahead of expectations - which puts them in the top 10 exporting countries. This is an amazing outcome for Peru given their pomegranate industry is less than 20 years old and competing with such titans of the pomegranate world as Iran, India, Turkey and the USA. Given we share the southern hemisphere counter-cyclical season with Peru, that is an excellent example of where things could lead to in Australia in the coming years. 50,000 tonnes at current prices, could mean over $100 million on turnover should Australia reach a similar milestone."